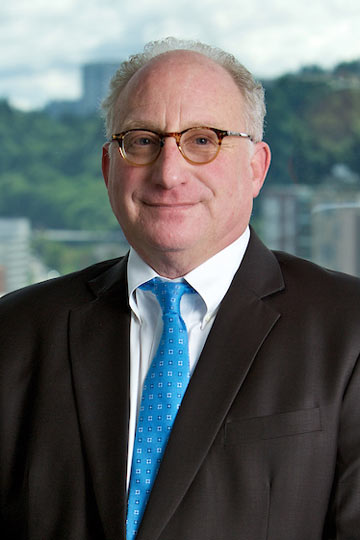 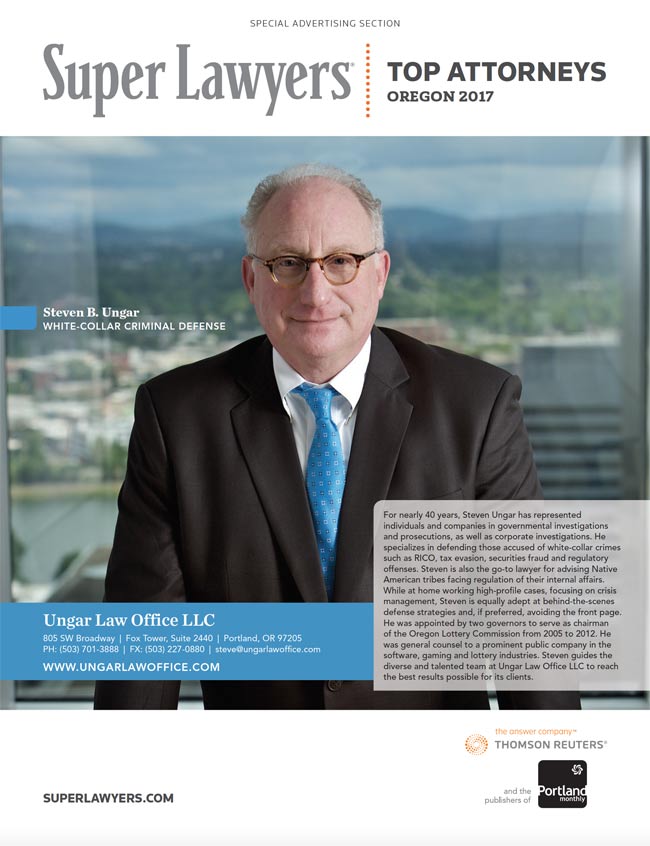 For nearly 40 years, Steven Ungar has represented individuals and companies, in governmental investigations and prosecutions, as well as corporate investigations. He specializes in defending those accused of white collar crimes such as RICO, tax evasion, securities fraud and regulatory offenses. Steven is also the go-to lawyer for advising Native American tribes facing regulation of their internal affairs. While at home in high profile cases, focusing on crisis management, Steven is equally adept at behind-the-scenes defense strategies, and if preferred, avoiding the front-page. Steven was appointed by two Governors to serve as Chairman of the Oregon Lottery Commission, from 2005 to 2012. He was General Counsel to a prominent public company in the software, gaming and lottery industries. Steven guides the diverse and talented team at Ungar Law Office LLC, to reach the best results possible for its clients.